Resolving disputes in the Court of Arbitration

The Court of Arbitration of the Estonian Chamber of Commerce and Industry as a permanent arbitration court settles disputes arising from private law relationships, including foreign trade and other international business relations. The decision enters into force from the moment of its making.

The award is final and binding on the parties

An arbitration award made in Estonia is easy to enforce abroad

In order for the award of the Court of Arbitration to be enforced abroad, an application for recognition and enforcement of the award must be submitted to the relevant national court of the foreign country. The court checks the compliance with the procedural rules and the compliance of the enforceable judgment with the law in force in that country. The award of the Arbitration Court of the Estonian Chamber of Commerce and Industry is enforceable in all countries that have acceded to the 1958 New York Convention (list of 142 countries). Decisions of a national court made in Estonia are generally not as easy to enforce abroad.

Neutrality of the procedure

In disputes where the parties come from different countries, issues of language, impartiality, cultural differences can have a negative impact on resolving disagreements. By including an arbitration clause in the contract, the parties can agree in advance on all key issues of the dispute, such as in which country / city the hearings will take place, the language of the proceedings, the substantive law of the country, the nationality or profession of the arbitrators, etc.

The proceedings of the Court of Arbitration shall be confidential. The matter shall always be heard in a closed session. The award of the Court of Arbitration may be disclosed only with the written consent of the parties. In many cases, absolute confidentiality of the proceedings is important for the parties to avoid, for example, the disclosure of trade secrets to competitors or excessive media attention. The Court of Arbitration shall use its best endeavours to obtain a result which satisfies both, in which case the preferred method of terminating the proceedings shall be a win-win situation in which the parties may continue to cooperate rather than enter into a final dispute. This is a better way to continue the professional relationship with the other party after the decision has been made.

Due to the informal nature and the professionalism of the arbitrators, a decision can be reached very quickly. Arbitration proceedings are much faster than proceedings in ordinary courts. The Court of Arbitration hearing the dispute shall render its decision no later than 6 months after the transfer of the materials of the claim. In most cases, the arbitration panel ruling is made within 3–4 months, depending on the need for hearings and requests from the parties.

Arbitration provides a unique opportunity to select persons as arbitrators according to the current needs and the nature of the dispute. If in an ordinary court an expert has to be involved in order to discuss and analyse a specific topic, then in the Court of Arbitration it is possible to involve an expert already as an arbitrator and thus keep the procedural costs lower by a separate expert fee. Of course, the following criterion must also be followed here – the arbiter must be independent / impartial. In this way, the Court of Arbitration confers an advantage on the party – the dispute between the parties can be resolved by persons who are specialists in the disputed field.

Informal nature of the procedure

Most arbitration rules are short, simple and flexible. In resolving a dispute, the arbitration panel shall, in addition to the relevant substantive law, also proceed from good commercial practice. The parties can participate in the formation of the arbitration panel, having the opportunity to choose an arbitrator whose knowledge and experience are known to the party and essential for resolving this particular dispute, which ensures greater trust and satisfaction in the court as an institution and, of course, in the judgment. 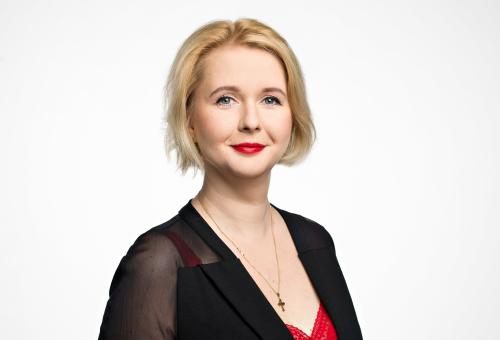